One of the most exciting features in the latest annual release of macOS was the introduction of Siri Shortcuts to the desktop for the first time. This isn’t the first automation solution to be introduced to OS X / macOS: before, it was common to craft custom workflows and automations in Automator.app, or write custom AppleScript / OSAscript scripts.

Now, it is possible to automate practically anything not only in the macOS, but the Apple ecosystem in general:

In this post I’ll also demo how you can automate anything in the Apple ecosystem from the comfort of GNU Emacs, the world’s most extensible editor.

While the new Shortcuts app is the main place for creating and sharing Shortcuts, Monterey also shipped with a new CLI tool conveniently called shortcuts. For example, you can run any Shortcut directly from your shell:

For example, to open the editor for a Shortcut called SayDogg, it would look like shortcuts://open-shortcut?name=SayDogg.

I have recently created a new Emacs package called siri-shortcuts.el, which allows you to:

For example, let’s create a simple automation where when opening an Elixir file / project, the color of a smart light strip in HomeKit will switch to purple and show a notification. 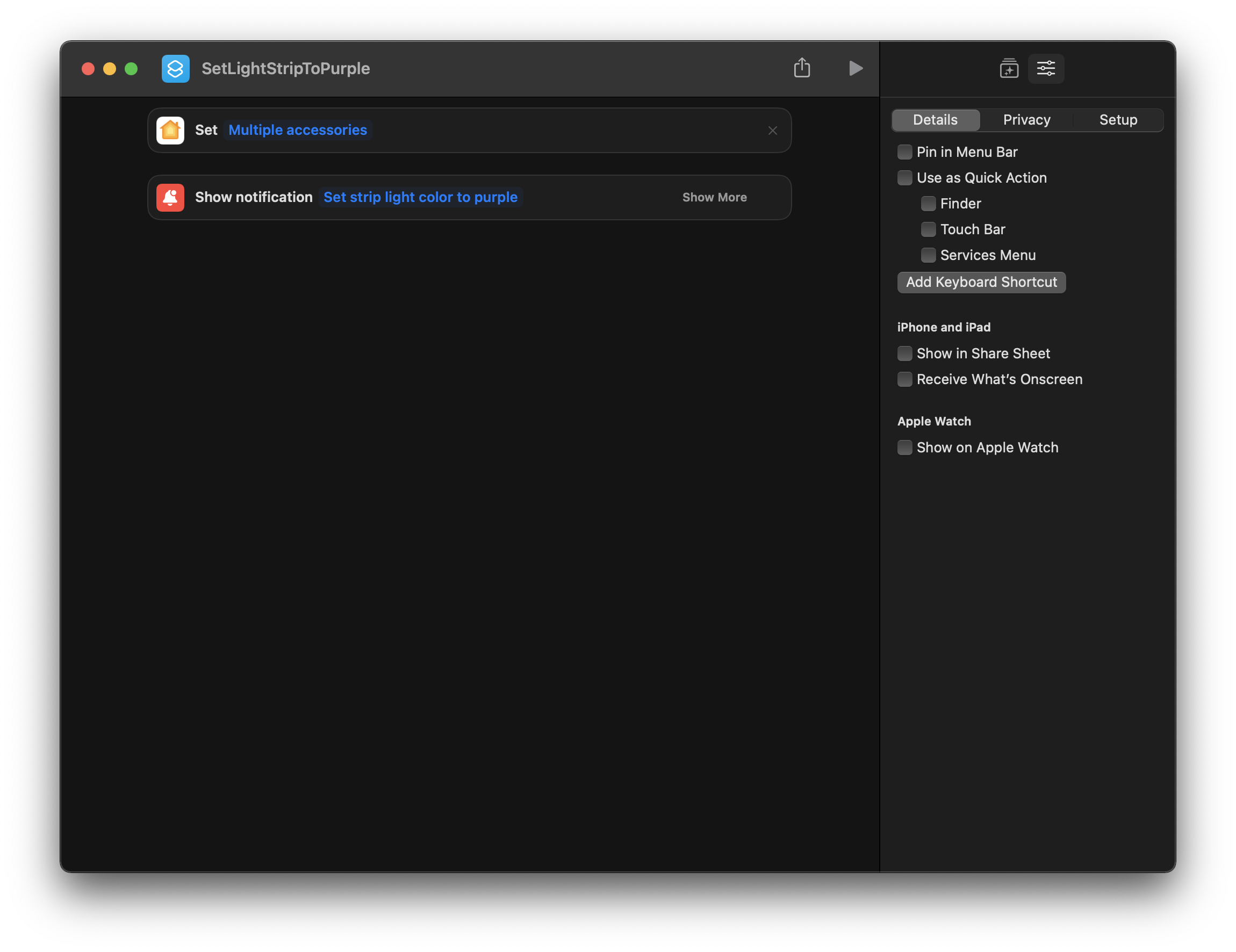 Next, we add the following line to our init file (e.g. init.el):

Now, when Elixir mode is activated, it will trigger the Shortcut!

Of course, this is just the tip of the iceberg of what is possible with Shortcuts. I am excited to see what clever automations you will come up with, and feel free to share them with me in the comments or on Twitter!